Skip to content
GME: One Question Everyone Should Ask Right Now

GME: One Question Everyone Should Ask Right Now

You can’t turn on a TV or sign into any financial media site without seeing one name.

Over the weekend, I had 15 different people ask me my opinion about Gamestop. Emails. Slack messages. Phone calls. Even a family dinner dove into that rabbit hole.

What do I think about GameStop?

I think that people are asking the wrong question right now.

A Quick Recap on GME

Gamestop trades on the New York Stock Exchange. Its ticker is GME.

Over the last few months, a group of retail investors – that is people who aren’t Wall Street types – have gathered with a single goal in mind. They wanted to target a short squeeze on a number of stocks that have been shorted by hedge funds and other financial institutions.

When a hedge fund, such as Melvin Capital, shorts a stock, they borrow it from another institution, sell it on the open market, and hope to buy it back for much less in the future. Once they buy it back, they will return the stock to the lender.

There are quite a few short-sellers who are pretty vocal about the stocks they are targeting. They play doomsday on the television and talk about how the stock is poised to fall. They write long reports explaining their thesis. Sometimes they’re right.

But COVID-19 has opened up a pretty big divide in opinion over this practice.

In the case of GameStop, AMC Theatres, and several other “retailers” with a physical presence, their businesses have taken a huge hit. People are short-selling their stock knowing that Governors across the nation have outlawed them from operating.

That’s an ethical discussion for another day. But there are many people who are still angry about the 2008 financial crisis and the fact that hedge funds tend to operate under a different set of rules (legally and figuratively).

So, when the Reddit army gathered they had an idea. If all of these random internet investors started buying GameStop stock in droves, it would drive up the price. Those short-selling hedge funds would have to buy back that stock in order to cover their positions. The “short-squeeze” would force them to buy… buy… buy…

And in the process… lose… lose… lose a lot of money they made betting against companies that were shut down by COVID.

Call it redemption. Call it a reckoning. Call it revenge. But I think that this is a really interesting event because this Reddit Group acted like a “crowdsourced hedge fund.” They legally ramped up buying in droves, and when the brokerages tried to limit their ability to trade these stocks anymore, it captured outrage across every political spectrum. Why were the retail investors shut down for a period (which caused a massive selloff in GME stock), while the hedge funds could still operate normally?

Again – a different set of rules.

And there lies the real question that people need to ask. It’s the same one that gets my team out of bed when we look at the stock market and the agricultural market.

The Question to Ask

Congress is going to investigate GameStop trading. They’ll pretend to know what they are talking about. Meanwhile, the hedge funds will attempt to shift the narrative from “are there two different sets of rules for investors” to “are hedge funds necessary.”

By shifting the narrative to the latter question, it moves beyond the short-selling and the market manipulation and instead turns to the “positive” tale about how hedge funds provide alternative returns for pensions, teachers unions, and more.

But it doesn’t answer the real question…

“Does any of this seem like a good idea?”

Does it really make sense for people to put their money in a market where one group of people have unrivaled power, access to information that retail investors lack (like insights on a new legal policy before it’s even introduced in Congress), and the ability to impact ordinary investors confidence in both the short and long term?

Is it really a good idea anymore to put your money in THIS stock market?

No one will ask this question, because no one wants the answer.

When it comes to markets, confidence is critical.

And based on recent actions, it appears to be fleeting… doesn’t it?

How This Applies to FOB?

The groundswell of Reddit investors showed that ordinary people have power when they band together. And I think that the same applies in the agricultural industry. We believe that farmers, coops, drivers, and others engaged in moving agriculture have much more power than they realize.

So, I ask: Does the status quo seem like a good idea in agriculture?

Because it feels more and more each day that there are different rules, different opportunities, different expectations, and different outcomes for certain parties in this industry.

Can we utilize technology to improve communication, access to information, and solve personal challenges?

FOB is not a top-down approach to agriculture.

It’s a bottom-up tool that gives individuals the technology they need to improve their operations. And that is how transformation takes place – one person at a time, one challenge at a time. Eventually, we will reach a tipping point. And from there, we expect a significant change in the agricultural markets that puts greater power into the hands of people who matter most.

About the Author: Aaron Secrest 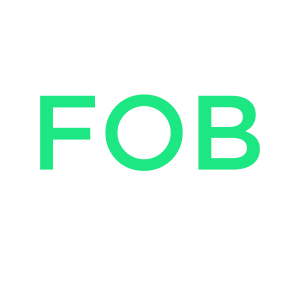 For drivers and carriers who are looking to grow their business by tapping into the ag supply chain. 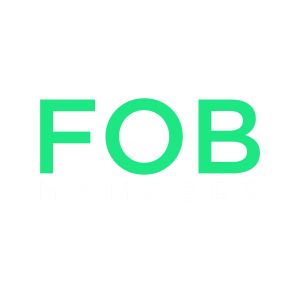 For grain producers who want greater visibility and control when moving product, equipment and people. 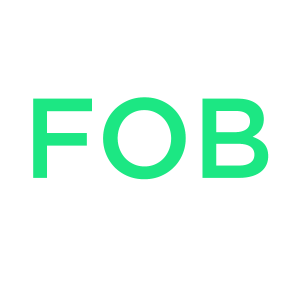 For fleet owners that need to dispatch freight and maintain communication with suppliers and end-users.